Our services are used for

As there is an increase in electrical appliances (induction hobs, electrical vehicles, heat pumps) the demand for electric energy increases. A lot of these appliances are used simultaneously, which results in a higher peak in energy consumption. This demand peaks between 6 and 8 PM, causing transformer stations to be overloaded and grid congestion.

Our batteries move power peaks to earlier or later moments. In the event of the peak in power demand (when everyone is going to cook and charge their car) our battery provides additional power at the location of the transformer and lowers the power it must provide.

Due to the energy transition there is an increase in the generation of renewable energy. Such as solar parks, solar panels and wind turbines. At times, when the wind is blowing hard and/or the sun is shining fully, the energy grid in parts of the country cannot handle the power. As a result, it is not possible to use all generated energy. And so, windmills must be stopped and solar panels switched off.

To prevent curtailment of renewable energy, an empty battery is the solution. As soon as supply exceeds the demand, the battery stores the amount of excess energy to release this later.

Our batteries are easy to set up. After arriving on site they can be running within minutes.

Integration with other energy assets like solar panels, grid connections or diesel generators is no problem.

You need a hybrid set-up when there is no grid connection and when 336 kWh is insufficient. Our system controls the Diesel generator. Which results in 80% less Diesel running hours and 60% fuel savings.

When our batteries are used as a stand-alone power source, they provide 318 kVA and 336 kWh of clean energy.

For high capacity power projects our batteries can be used for peak shaving on existing grid connections. Hence the base electric capacity comes from the grid, and our batteries deliver the power peaks. 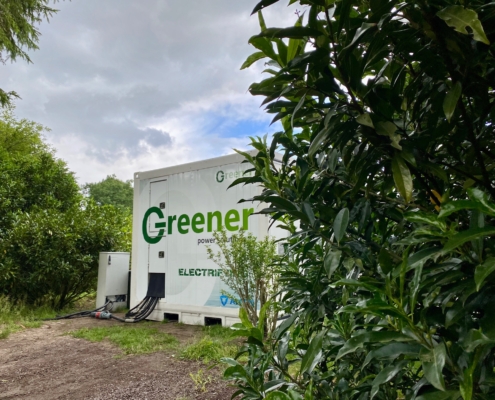 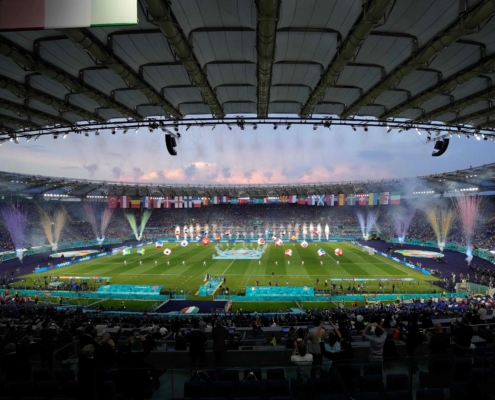 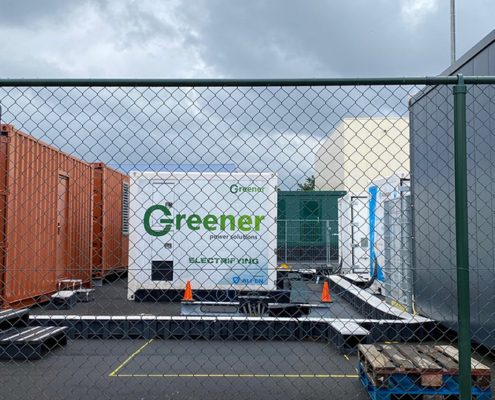 We solved grid instability within hours. 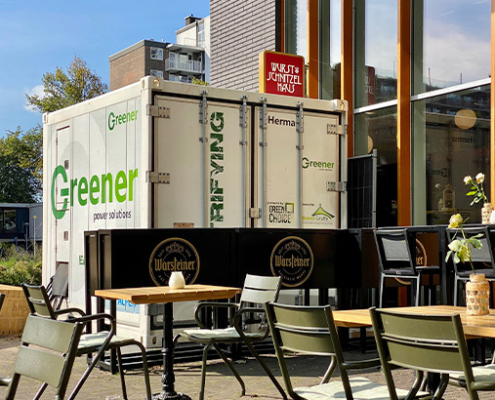 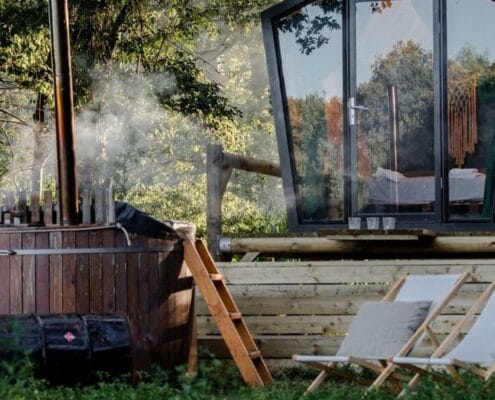 Delivering extra power at peak demand during the day. 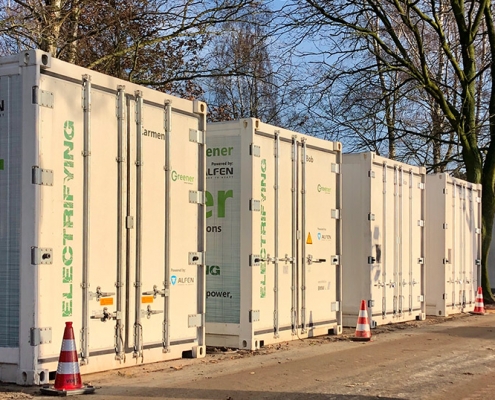 Saving 120 liters of fuel per hour for 10 weeks

We are expanding our holiday parks, but the growth of our electricity networks comes with long waiting times. That’s why we like to work with Greener. While we are getting connected, they ensure a temporary energy supply that is both sustainable and clean. 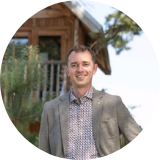 Do you need to change Peak Demand or store Renewable Energy?